Endless Moji is an educational game that teaches you the first five letters of the Japanese alphabet. This quick to learn activity can get anyone started with learning basic Japanese. 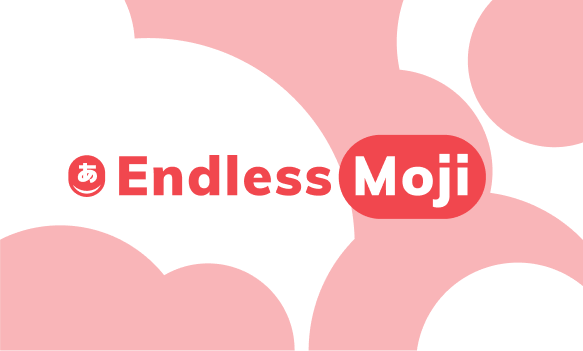 The quick to understand game - Endless Moji - gracefully gets you started on the path to learning Japanese. Learning a new language from scratch is not an easy feat. In most cases, people give up before even starting or will fall off the wagon and not want to get back on.

Endless Moji gives you a means to start learning Japanese or re-enforce what you know.

日本語を知りますか？ (Do you know Japanese?)

Before starting this project I was already fluent in the language, so this problem began with a very simple question. How did you learn Japanese and retain all of the learned knowledge? 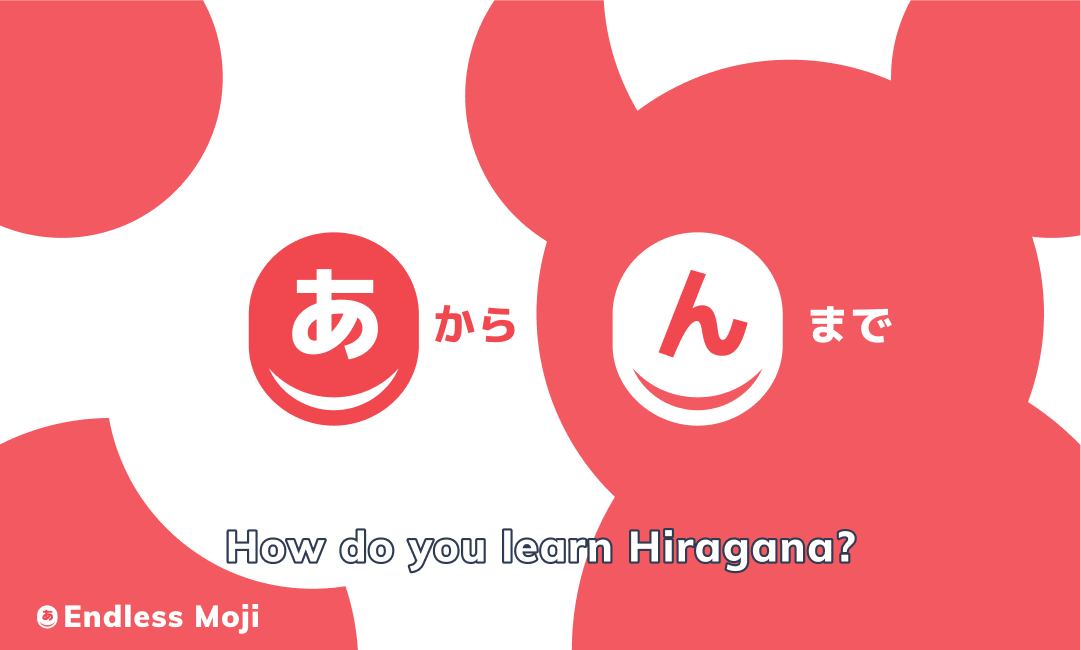 ね〜知っていますか？ (What do you know!)

Before trying to understand learning and Japanese further, it was important to know what I knew and what I needed to learn.

The brief understanding of my own knowledge and biases led to a clearer problem space:

How can I create a repetitive educational experience that allows students to learn a portion of the Japanese language?

With a clearer problem space I began ideating on different solutions. I researched other language learning applications as well as general fundamental game design. Games are generally successful when they can be immersive and intuitive. Much like UX Design, when someone struggles with a task they are likely to leave (if it does not feel fair).

From this, I came to the conclusion that the game needed to be intuitive, memorable, and have replay value.

The time constraints worked in favour of the deliverable as it could be small and memorable. I opted to only use あいうえお as opposed to all 46 letters. This would allow me to focus on the game and concept and it could scale at any time in the future. 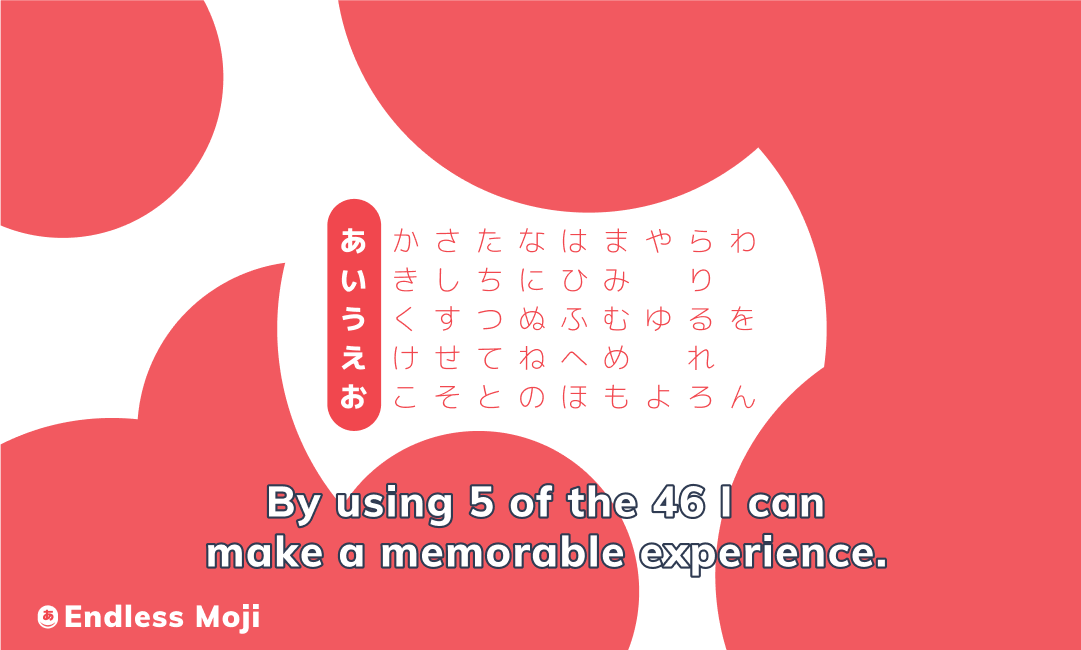 When designing the interface and interactive elements within the game, I wanted the letters themselves to stand out. The letters needed to be the core focal point of the layout. This led me to the core game mechanic of growing the letter. Making it bigger and more prominent the more you advanced. The layout of the menus and their positions further emphasize this, as they allow the letter to be the focus.

コードにしましょう〜 (Turning it into code)

A lot of my design insights appeared during the production phase. I had to go back and rethink design decisions during the development phase a few times.

The final Endless Moji game is a quick to learn and intuitive experience. It gives users a brief introduction into the complexities of the written Japanese language. 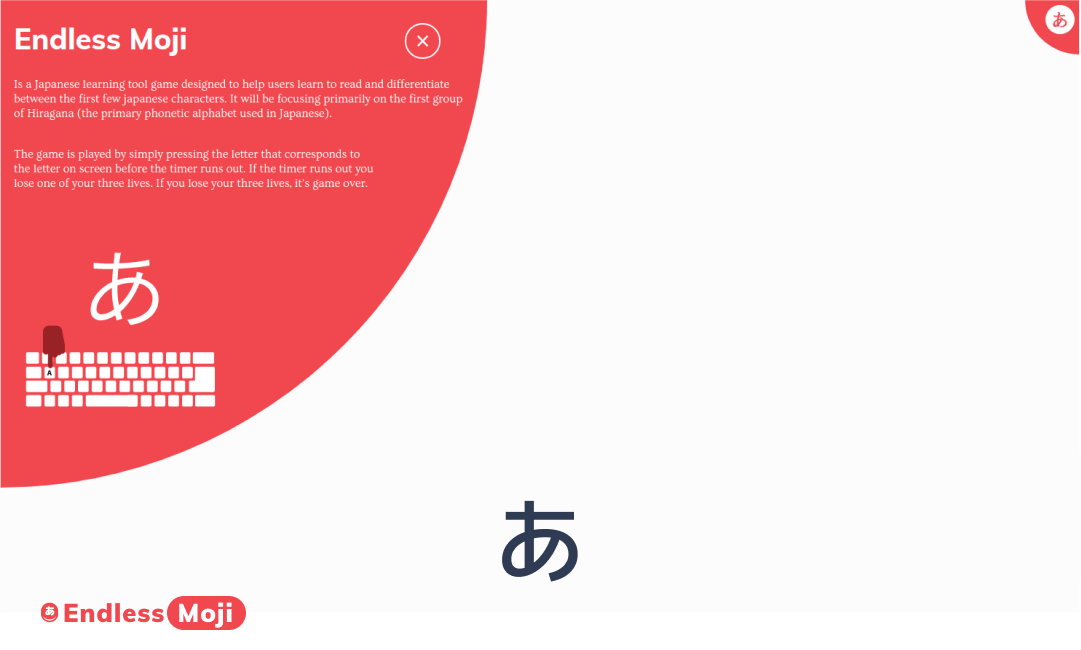 The process of creating this game as a whole was incredibly fun and a good learning experience. The experience of the game itself however can absolutely be improved and grown. I feel like the final product lacked user research and experience. At its core, the game succeeds at expanding the problem and providing users with the first step in learning Japanese.

ZenDen: an app to help you organize your spaces.